There are no female counterparts for these other terms.
Though certain professional terms have male honorific forms, these do not have the corresponding female honorific forms. For example, naTikan means '(male) actor,' naTikar (male honorific) 'actor,' and naTikai means 'actress.' Some other words that behave in this very manner are: talaivan '(male) leader,' talaivar 'male leader (honorific)' and talaivi 'female teacher'. There is no corresponding term for the female honorific leader. Since the honorific form is used to indicate the plural number, there is a provision to mix the female and male persons and use a plural number for the multitude. One may be tempted to say the forms listed as masculine honorific forms are common gender forms. Yet, in actual use, these often assume male reference.
9. LANGUAGE CHANGE IN A FREE DEMOCRATIC COUNTRY
When India became a Republic, many changes in the social set up of women had been initiated. The intention of the Constitution of India is to give equal rights to women. In the public domain, women are allowed to practice all the professions men practice. However, language has not changed much the attitude of the society. Perhaps language is a good reflection how the society views women, despite constitutional provisions to the contrary. Previously many occupational terms such as doctor, police, etc., readily evoked the image of a man rather than that of a woman. By adding certain feminine forms like amma: 'mother' and peN, woman' to these professional terms, new feminine forms have been developed. For example, da:kTar amma: 'lady doctor,' and peNka:valar 'police woman.'
Similar vocabulary differences on the basis of gender bias exist in other Indian languages. These differences are the result of the differences in the position and the status of the two genders in a given society. When these conditions change, the differences are bound to modify.
10. NON-RECIPROCAL USAGE
The inferior status of a woman is further revealed in the non-reciprocal usage of the forms of address. A husband generally addresses his wife by name or he uses a non-honorific address pronoun, namely, ni: 'you'. In many cases, a wife avoids addressing her husband directly using this pronoun. Instead she uses a question form tagged with a respect pronoun ennanka " 'what, with respect pronoun.' "e:nga" 'why, with respect pronoun'." In certain other instances she addresses him as son's father: go:kul appa: 'Gokul's father.' Sometimes, non-respect address terms (vocatives with less or non-honorific terms) like e:y, and aTiye: are used by the husbands to call their wives.
While a husband uses a non-honorific or less honorific reference pronoun 'ava' she' to refer his wife, she refers to him by a honorific pronoun avañga 'he, with respect'. As non-naming denotes respect in many cases, she follows this pattern of address as well as reference.
Assuming a superior status in the society, a man commands his wife by using non-honorific singular imperatives like va: 'come', and po: 'go.' However, a woman uses the tag questions as substitutes for commands and this is considered to be a polite way of requesting a person to do a thing. maruntu va:nkittu vari:kala: ? 'Would you please buy medicine?'
The above discussed linguistic differences in woman and man's speech is interpreted as a reflection of men's dominance and women's subordination. Though a few changes in the status of woman are apparent now the old practices still persist. The nature of gender differences in Indian languages, clearly reflect the social and cultural factors prevalent in India. "If there is one message that echoes forth from the recently held international women conference in Beijing, it is that human rights are woman's rights and woman's rights are human rights". If this message is properly understood many of the gender discriminations will disappear.
*** *** ***
G.Sankaranarayanan, Ph.D.
Central Institute of Indian Languages
Manasagangothri
Mysore 570006
India
E-mail:ciil@giasbg01.vsnl.net.in. Please mark Attention: G.Sankaranarayanan in the subject line.
Posted by Anonymous at 7/31/2010 11:32:00 AM 2 comments:

The HRD ministry's proposed list of brand ambassadors for its literacy programme is an insult to Indian womanhood, writes Ramachandra Guha

unquote
Ramachandra Guha is the author of India After Gandhi: The History of the World's Largest Democracy ramachandraguha@yahoo.in The views expressed by the author are personal
Posted by Anonymous at 7/30/2010 09:03:00 AM 6 comments:

“To punish a woman for becoming a mother is the mother of all ironies,” said the Delhi High Court on Tuesday asking Delhi University (DU) to waive the attendance shortage of two law students who missed classes as they were in advanced stage of their pregnancies. The university had barred the two students from appearing in their semester-end exams. Though
he landmark ruling pertained just to the DU students, it can be cited as a precedent by all female students placed in identical situation across the country.
The court suggested the Bar Council of India to make rules for women students claiming relaxation on ground of maternity relief so that they are not deprived of appearing in the LLB examinations due to pregnancy.
The court drew strength from the Supreme Court’s April ruling in a case filed by south Indian actress S. Khusboo that “premarital sex is not an offence”.
She had challenged the criminal proceedings against her for comments favouring premarital sex.
Justice Kailash Gambhir said, “The society today is changing at a rapid pace and we must be in tune with the realities and not hold on to archaic social mores. Once such a right, however unpopular, is recognised, it cannot be ruled out that there can be more cases of girl students proceeding on maternity leave when while they are still in college.”
“Motherhood is not a medical condition but a promise. To punish a woman for becoming a mother would surely be the mother of all ironies,” Justice Gambhir added.
The order means that Vandana Kandari gets her LLB degree and Aarti Meena will be promoted to the fifth semester.
After a court order they were allowed to appear in the semester end exams and they cleared it. But their results were kept on hold till the court order on their petitions challenging penalising them for attendance shortage.
The court upheld the argument of R.K. Saini, the lawyer for the students, that the Constitution of India and the Maternity Benefit Act casts upon state to make adequate provisions for securing just and humane conditions of work and for maternity relief and the government has a duty to comply with it.


Its good that people are understanding that we need to come out of the archaic social mores. The system needs a revamp and change is coming in though slow yet its coming in . Many woman are forced to marry without completing education , I distinctly remember when i was doing graduation in 1981 one girl came directly from the wedding mandap to examination hall . I was amazed at her grit then to give exam after the wedding rituals which last for a full night ,

But today i understand it was not her grit but her मज़बूरी or HELPLESSNESS । She was not given equal rights .Such incidences are not rare but happening all the time so its good that at least the court is uphelding such case . 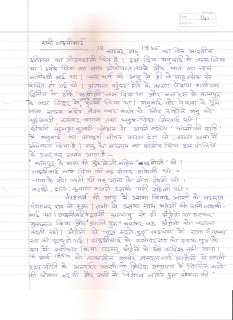 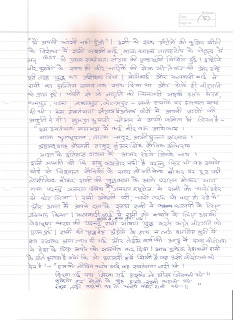 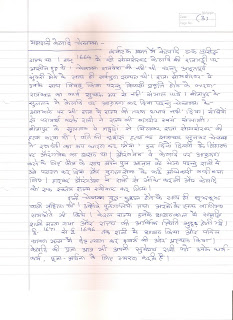 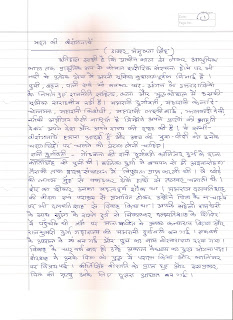 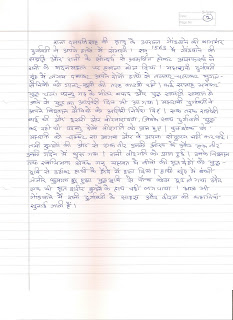 All post are covered under copy right law . Any one who wants to use the content has to take permission of the author before reproducing the post in full or part in blog medium or print medium .Indian Copyright Rules